Advocating for Immigrant Women and Girls 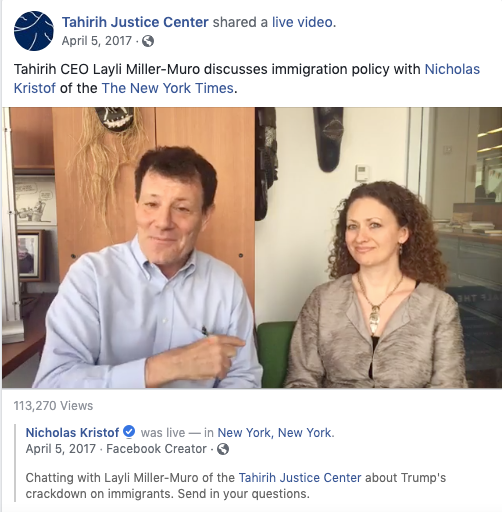 Our work with The Tahirih Justice Center began in 2017, helping them combat anti-immigrant executive orders through media advocacy. Tahirih is the largest national direct service and policy advocacy organization focused on assisting immigrant women and girls fleeing violence. Our goal was to position their leadership, celebrity partners, and real storytellers in the news to defend and advocate for the vital policies that support immigrants and refugees. They wanted people to know what’s happening and that these are real human beings being impacted.

For four years we worked with Tahirih to elevate the need for asylum protections for immigrant survivors. In addition to developing proactive, longer-term media strategy around federal policy initiatives, we focused on rapid response to make sure Tahirih’s voice and their partners were in the news at every twist and turn.

Coverage across these moments and ongoing rapid response work appeared in major national and regional outlets such as The Guardian, Newsweek, NBC News, The Nation, The Washington Post, and The Los Angeles Times, totaling more than 250 news stories. 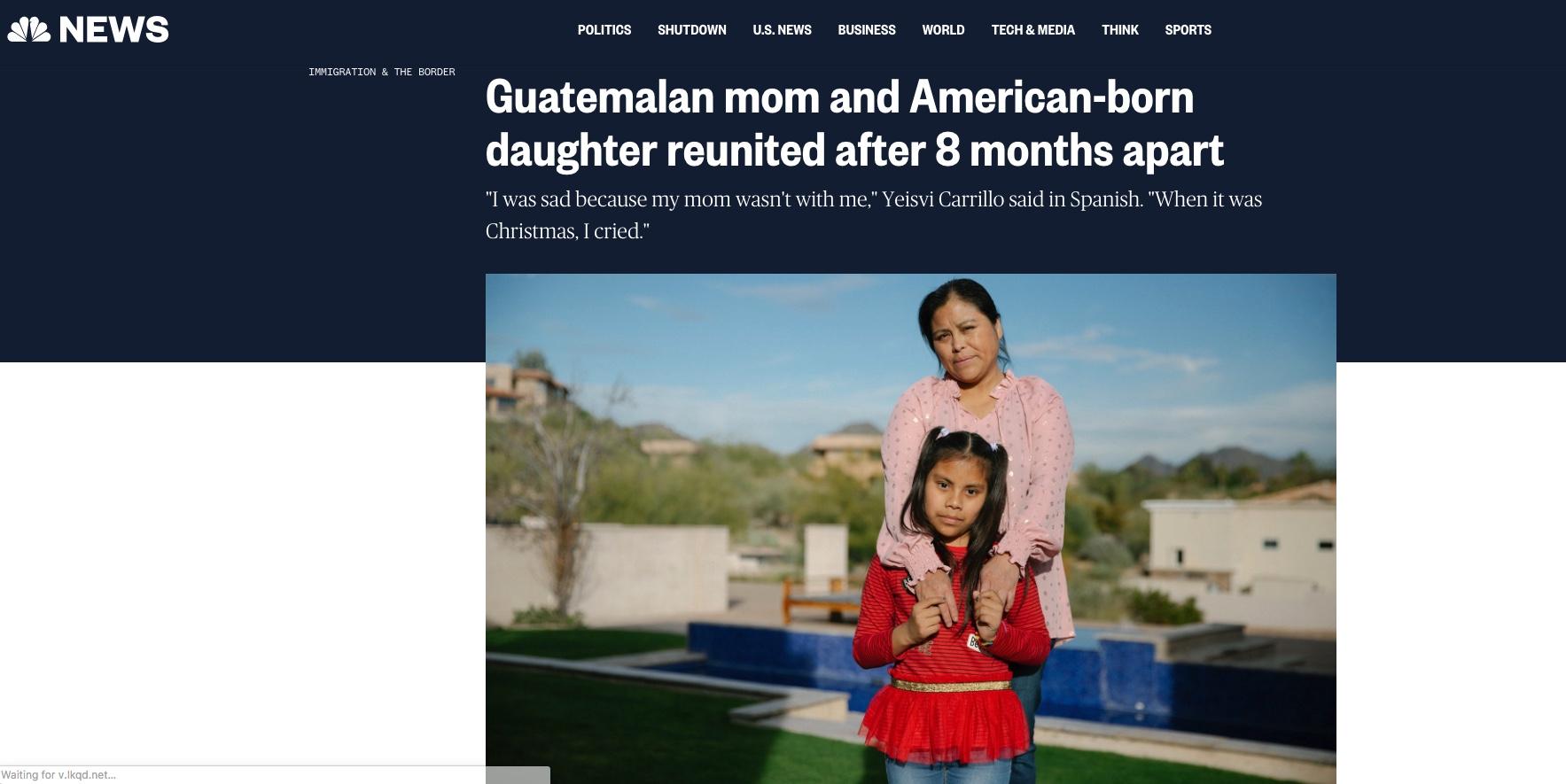