Applying Pressure for Peace in Darfur 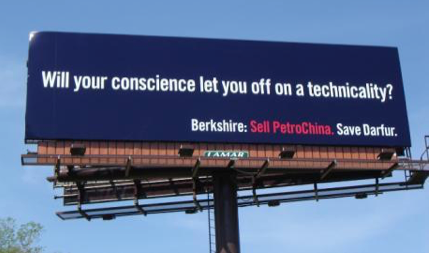 Beginning in 2005, M+R began serving as general consultant to the Save Darfur Coalition—an alliance of more than 150 faith-based, humanitarian, and human rights groups—providing the Coalition with communications, outreach, and online advocacy and fundraising support to help highlight and halt the genocide in Darfur, Sudan.

In 2007, M+R helped pressure Warren Buffett to sell his stake in PetroChina when China was blocking an important vote at the U.N. Security Council that would authorize a peacekeeping force to go to Darfur, Sudan. At the time, while Darfur was in the middle of a worsening genocide, China was deeply invested in Sudan’s oil sectors. U.S. companies were (by then) barred from trade with Sudan, but U.S. investors were not barred from investing in the Chinese companies that do business in Sudan. As a key investor, we used Mr. Buffett and Berkshire Hathaway as leverage with the Chinese and Sudanese by applying pressure at the company’s annual Berkshire shareholders meeting in Omaha.

Ahead of the annual Berkshire shareholders meeting in Omaha, the Coalition purchased every ad space we could at the Omaha airport and every outdoor billboard on the route from the airport to downtown Omaha. Twenty Sudanese refugees handed out leaflets in front of the convention center and the Coalition held a press conference for the business media covering the shareholders meeting.

The effort garnered significant media coverage in international, national and regional press. Within a month, Mr. Buffett had sold his stake in PetroChina. More importantly, in the spring of 2007, China allowed the U.N. resolution to pass and authorized the largest peacekeeping force in the world to go to Darfur. 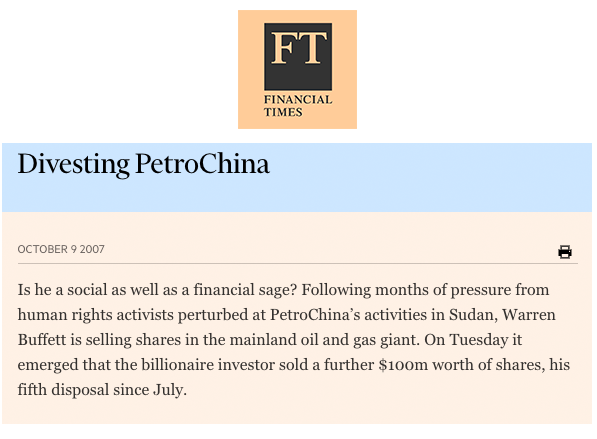 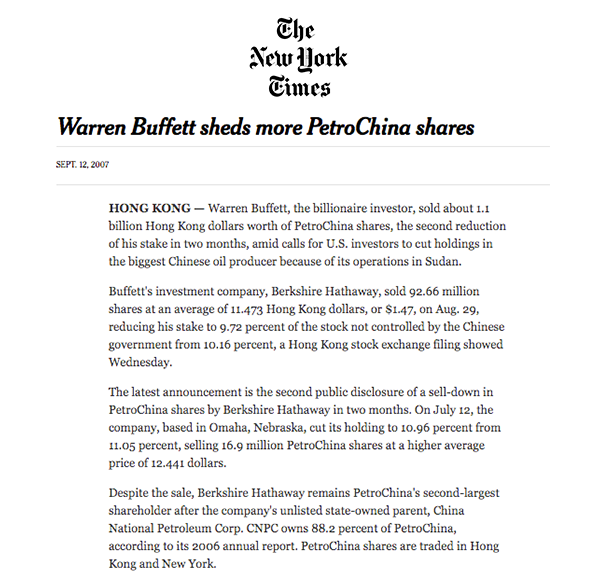 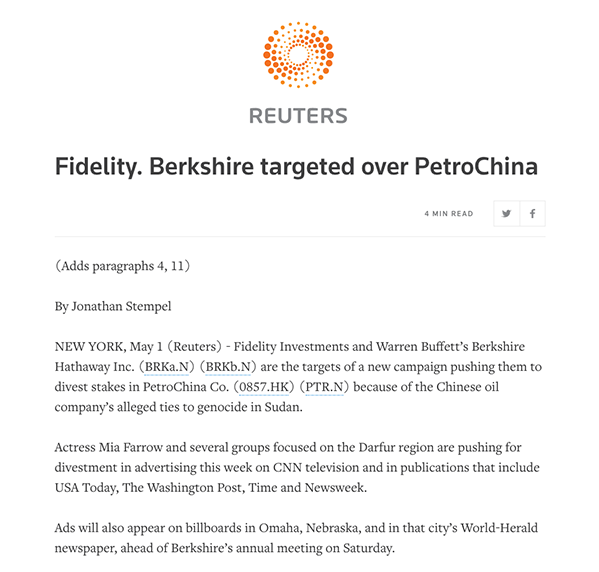