From 2017-2018, we worked with Freedom House, a watchdog organization dedicated to the expansion of freedom and democracy around the world. Our work involves using earned and social media to help Freedom House further position itself as a leading voice on democracy issues, and expand the reach of Freedom House’s flagship reports, Freedom in the World and Freedom on the Net, to new audiences.

M+R led on implementing an integrated earned and social media strategy that amplified the findings far and wide.

Over the course of two years, our efforts around Freedom House’s reports resulted in over 700 total media hits, including a feature in WIRED, a column by Michelle Goldberg in the New York Times, an editorial in The Washington Post, a feature on PBS Newshour, and mentions on NPR, CNN, MSNBC and many more. For Freedom in the World, Freedom House’s largest report, we helped increase media coverage six-fold, and on social media, helped them more than triple their Twitter reach. 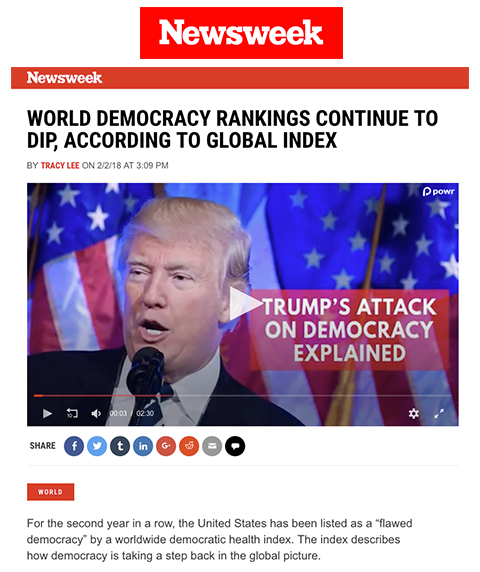 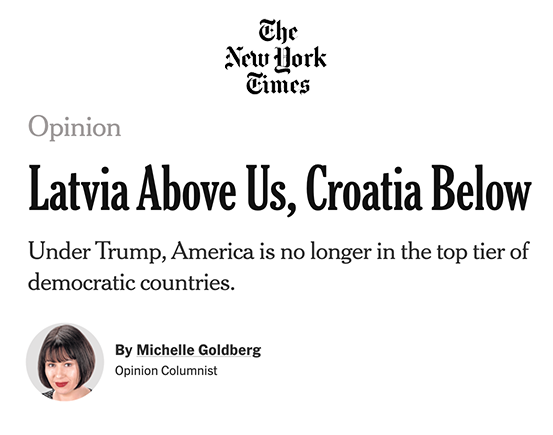 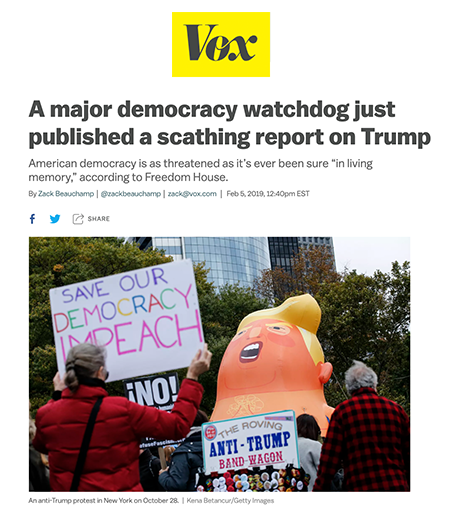 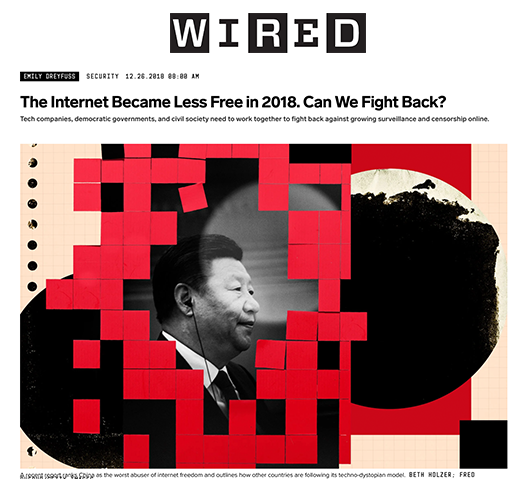 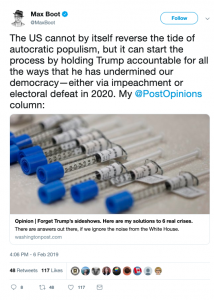 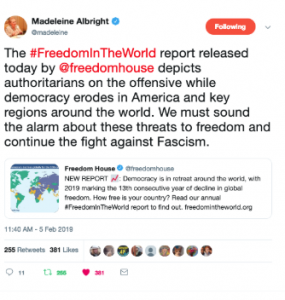