How nonprofits stepped up for the 2020 election

The election is finally behind us! (Well, except for the Georgia runoff—you know this work never really ends.)

This year, we saw nonprofits showing up in bigger, bolder ways than ever before to drive engagement, fundraising, and voter participation. There’s a lot to learn from these efforts, and a lot to celebrate.

We’ve rounded up some of the best examples of how nonprofits showed up to help progressives win in 2020.

Getting involved in getting everyone involved
For some nonprofits, getting involved in this election was a given. But with so much at stake, many organizations decided to get involved in electoral work for the first time. Not only did more nonprofits jump in to fight for important causes, they encouraged people to vote, volunteer, and make their voices heard. And it showed in record voter turnout! 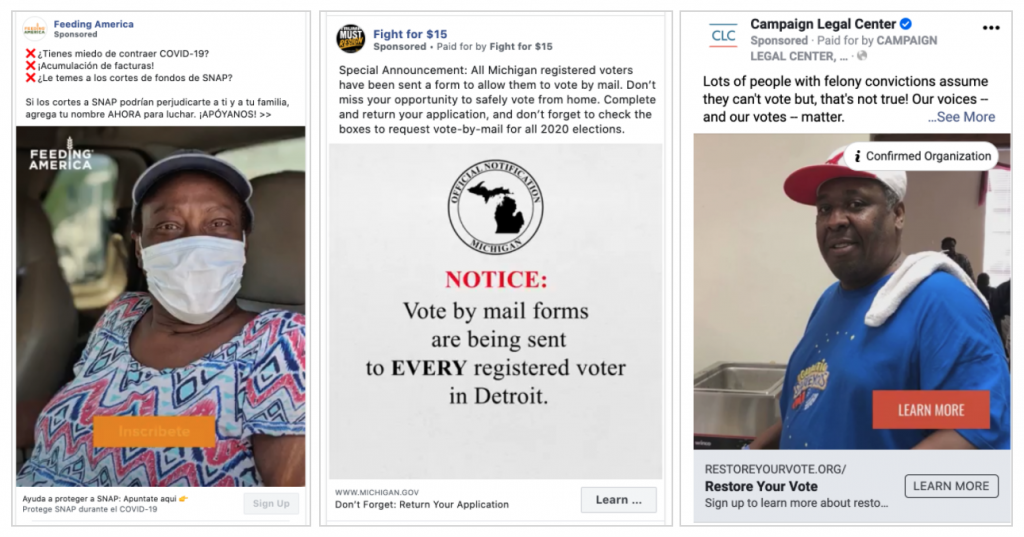 Nonpartisan nonprofit organizations also got behind the disinformation fight, either by participating in Hold the Line discussions and trainings or by creating their own resources. ICYMI, the Union of Concerned Scientists and Oxfam America shared what they did to prepare for election week. 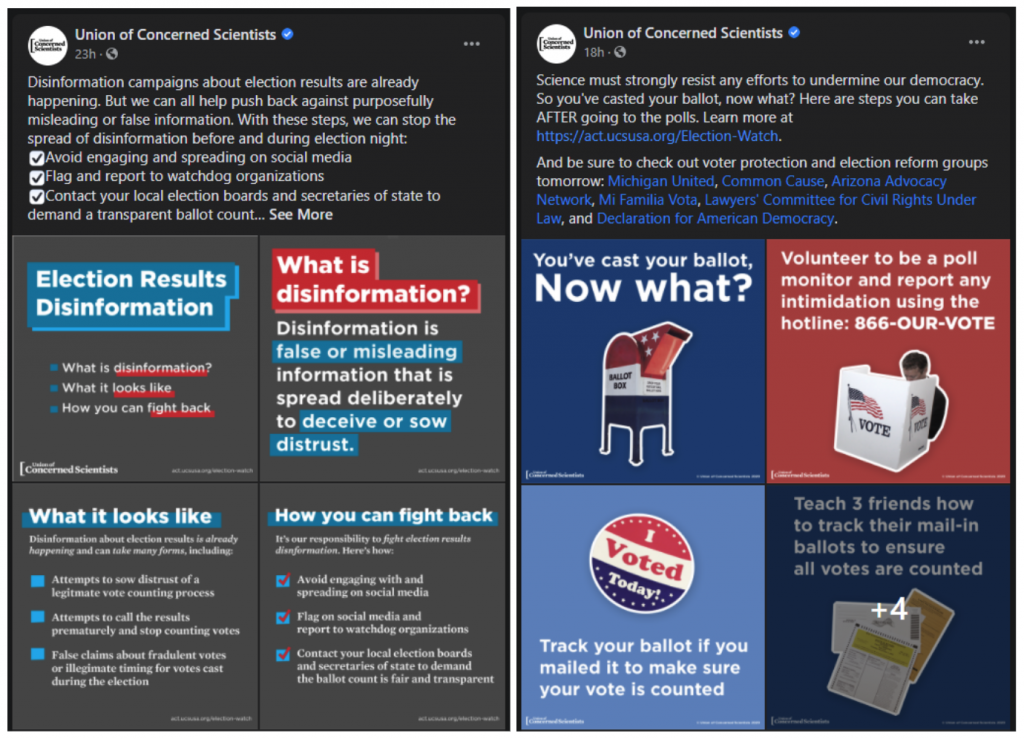 Nonprofits also came together to raise awareness about the need for investments in safe and secure elections, and the types of reform necessary to ensure everyone can safely participate in our democratic processes. 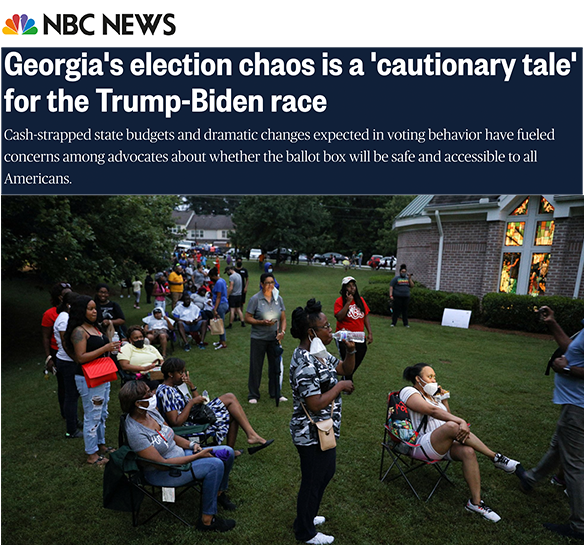 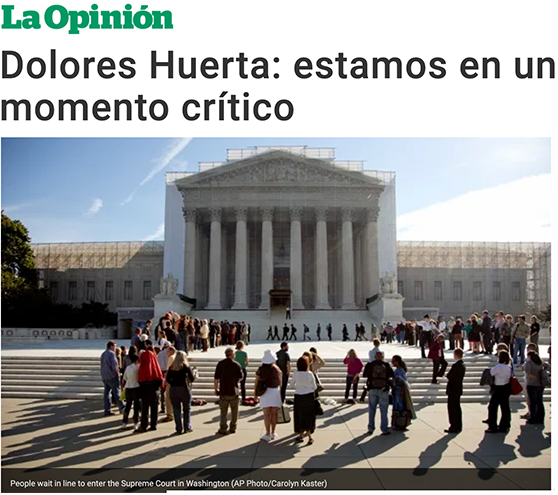 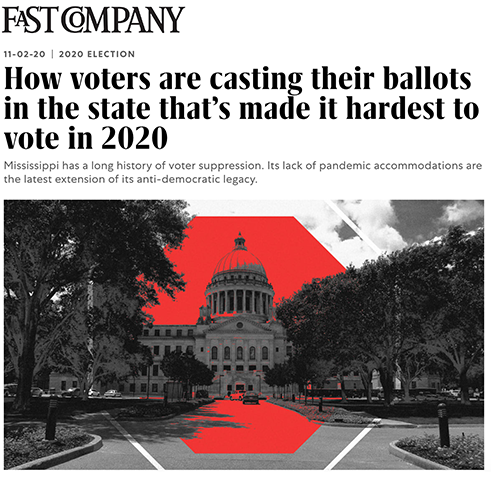 Preparing for every outcome

Speaking of Hold the Line: this guide to defending democracy was created by a few digital organizer volunteers, including two M+R staff. It has received more than 80,000 views and was featured in everything from the New Yorker to The Atlantic to Mother Jones, TED Talks, and The New York Times. 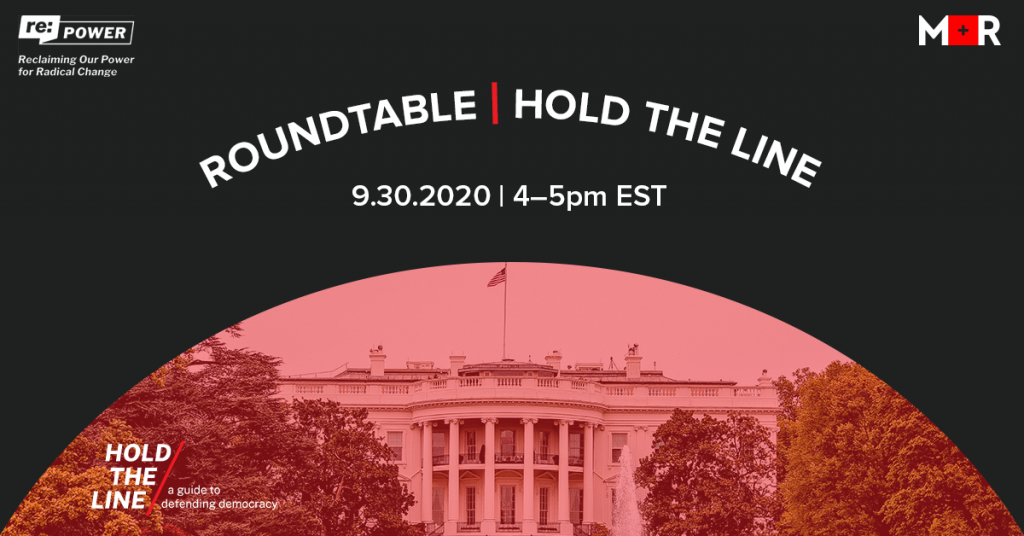 Even beyond the election, we saw coalitions and coordination begin to cross movement lines. This summer, the Black Lives Matter movement teamed up with the labor movement and produced an incredible #StrikeforBlackLives. The movement saw tremendous engagement on social media and brought more attention to the intersection of race and labor in this country. We expect to see more cross-coalition movements pop up in 2021 and beyond. 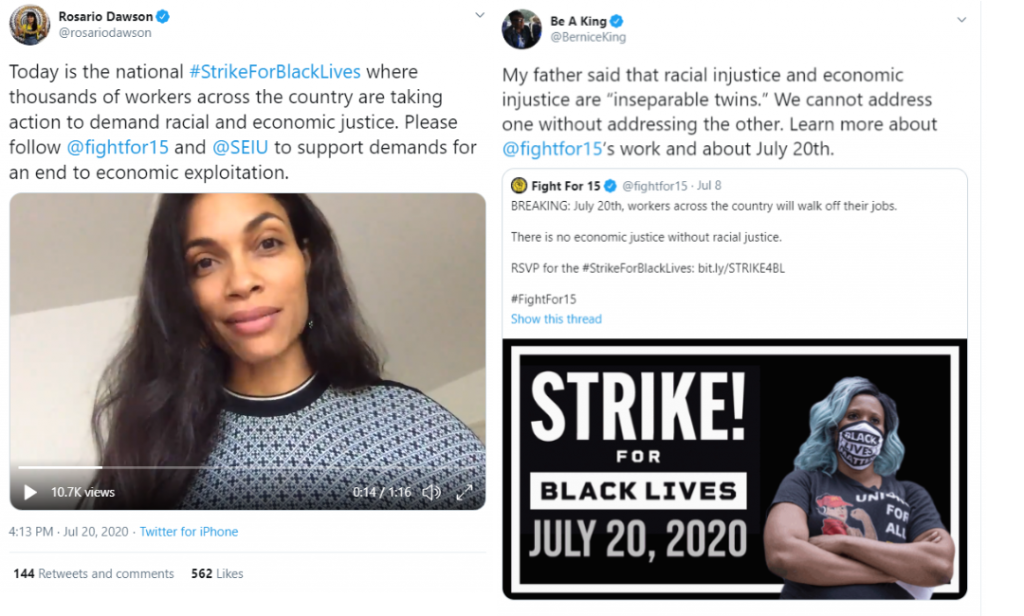 Texting out the vote

Organizations also made impressive use of mobile-based technology, especially P2P and broadcast texting. I’m sure you’ve seen a few of these texts yourself (or perhaps, ahem, more than a few—looking at you, Biden campaign), but the fact of the matter is that these text messages work.

It remains to be seen how this high-volume election season affects overall SMS metrics, user receptiveness, and carrier policy. But for now, nonprofits continue to see SMS as a strong channel for engagement and direct response. It allows nonprofits and organizers to reach millions of voters in swing states and have a real impact on the election. 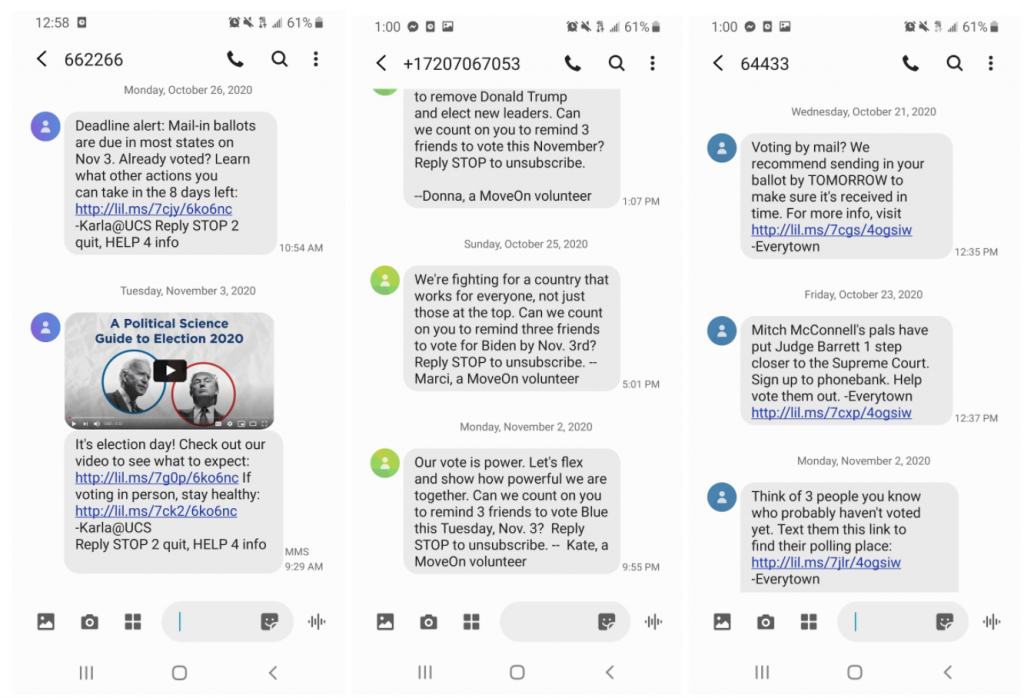 To everyone who dedicated their time or money or energy to win this fight, thank you! We have a long road ahead of us to fix this country, but we’re ready to dig in with you! And if you’d like to join us, we’re hiring!

Karen is a Senior Data Strategist at M+R. When she isn’t dreaming up tests to improve fundraising, analyzing data, or playing with Google Analytics, she’s singing with 160 of her closest friends in the Choral Arts Society of Washington (via Zoom right now, of course) and texting voters in Georgia. You can reach her at khopper@mrss.com.