How We Boosted Run for the Wild’s Fundraising by 85%!

The Wildlife Conservation Society’s (WCS) 3rd Annual 5K Run for the Wild has come and gone – but the lessons from this amazing peer-to-peer fundraising event live on!

While participants aren’t required to fundraise, the goal of the annual, noncompetitive event at the Bronx Zoo is to raise money for WCS’s work to save wildlife and wild places around the world. Each year the identity of the race is built around a specific animal – this year, it was the penguin. Since its inception, fundraising and participation rates have improved steadily. But this year we saw some pretty staggering differences:

The number of participants also increased by 40% from 2010 — a sizeable jump to be sure, but not nearly enough to fully explain the boost in fundraising returns. So what else changed?

It all started when we noticed that only a few race participants were fundraising for the 2010 race – just 21%. For the next race, we decided to focus on bringing those numbers up by rolling out the following strategies:

But there’s little time to rest on our laurels – we’re already brainstorming ways to build on this success when WCS launches its first Run for the Wild at the New York Aquarium on October 9, 2011! 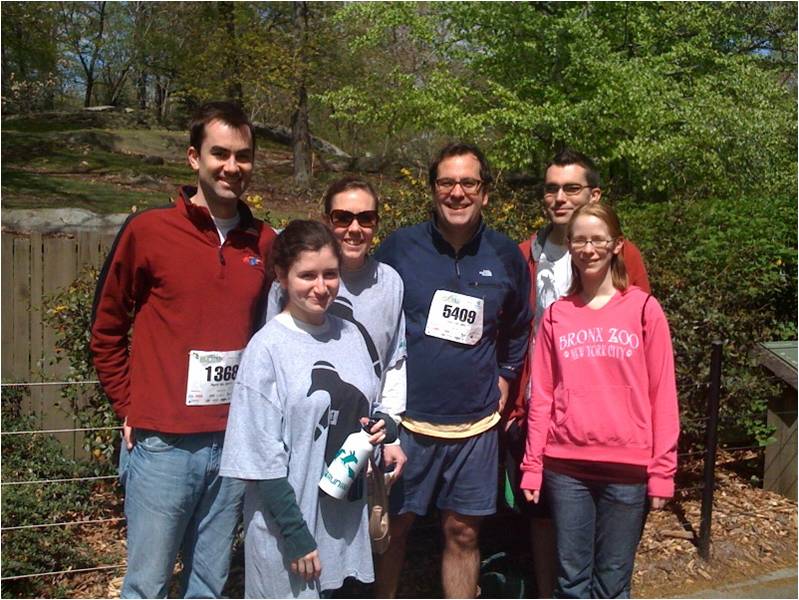 M+R staff at the Run for the Wild