Editor’s note: You probably caught some of the buzz around New York’s Social Media Week last month. We probably should have published this post during that buzz but the greater good called and we got distracted. These 16 takeaways are worth the wait though. So is this classic MTV GIF about poor timing:

1. TARGET MICRO-INFLUENCERS If the influencers are too hard to reach, map out who influences them and reach those people instead. A speaker from a phone company used the example of when he couldn’t give new phones to a college basketball team due to contract issues. So instead, he passed out new phones to all of their friends, girlfriends, etc. It resulted in the conversation he wanted and let him connect with the players without being in touch directly. Sneaky geeky!

2. EXPLORE PUBLIC/PRIVATE PLATFORMS This felt like the big trend of the conference. Twitter creates a lot of noise. Everyone’s crazy aunts are on Facebook. So the new platforms to learn what’s happening are more selective. Reporters are using Slack, WhatsApp, GroupMe, Weibo, private GoogleGroups and more to find sources and news.

3. BE REAL (IT’S WHAT THE PEOPLE WANT) Martha Stewart argued that we’re all so tied to the internet and digital communication that we’ve become desperate for real, authentic interaction. She believes that’s sparked a resurgence of DIY culture, on which she, of course, is capitalizing.

4. SKIP THE GUESSING GAME If your nonprofit wants to know what teens are thinking, follow teen influencers! What’s great about social is that we no longer have to guess what people are thinking. Some kid with an unlimited data plan probably tweeted it this morning.

5. LOOK BEYOND YOUR OWN CONTENT Jake Silverstein, editor of the NYT Magazine, said, “I really dislike accounts that link back only to their own work.” You’re more likely to build your audience and earn credibility and trust when you link to work that isn’t just your own stuff. Pro-tip: Start this habit right now by tweeting this Lab post.

6. EXPECT FISHY JOURNALISM An editor at ABC News said that it’ll cost news networks about $10,000/week to cover each 2016 candidate. Networks aren’t willing to make that investment and are going to heavily rely on social media monitoring to report from afar. For more, take a look at Dan Pfeiffer’s article on Medium about the new(ish) site Meerkat. Social media users are the journalists of the 2016 election. Uh. Oh. #SorryDemocracy

7. BE SPEEDY 40% of customers who reach out on social expect a response from the brand within an hour.

8. SHARE, DON’T TELL Think of storytelling on social media as storysharing. Leave room for your audience’s reactions (and interactions) in the story you’re sharing and look for ways to heighten those moments if you can. A National Geographic photographer used Twitter, Instagram and Tumblr to share a harrowing story about a lioness who was separated from her cubs by a lake full of crocodiles and hippos. They dragged out the saga for days. And we could not freaking wait to see what happened. 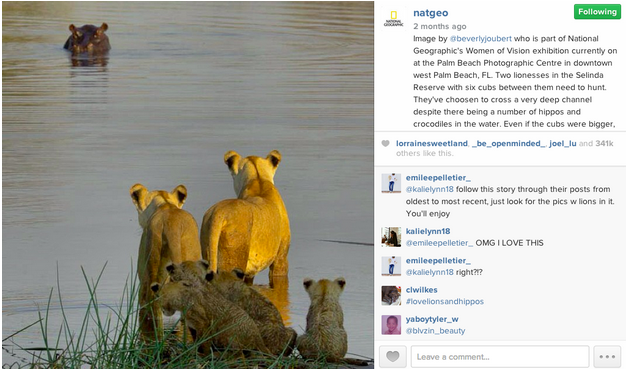 9. SHOW EMPATHY, EARN TRUST, CALL FOR ACTION Patagonia has earned a deeply loyal following by taking an authentic stand on issues that matters to them and sticking with it. In their excellent Black Friday campaign from 2011, they proved how far they were willing to go to promote sustainability. That campaign impressed their fans and in the end, it was smart business. 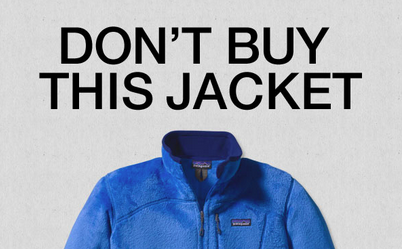 10. EVOKE EMOTION Audiences engage with images that make them feel awe, excitement, anger, and anxiety. Go for one of those feelings.

12. USE VIDEO ON FACEBOOK Supposedly 2015 is “the year of the video.” Facebook is elevating video content above everything else in their algorithm. Why say it in a photo what you can say in 10 seconds of shaky handheld phone camcorder bliss?

13. USE IMAGES ON TWITTER Tweets with photos attached are 94% more likely to be retweeted. 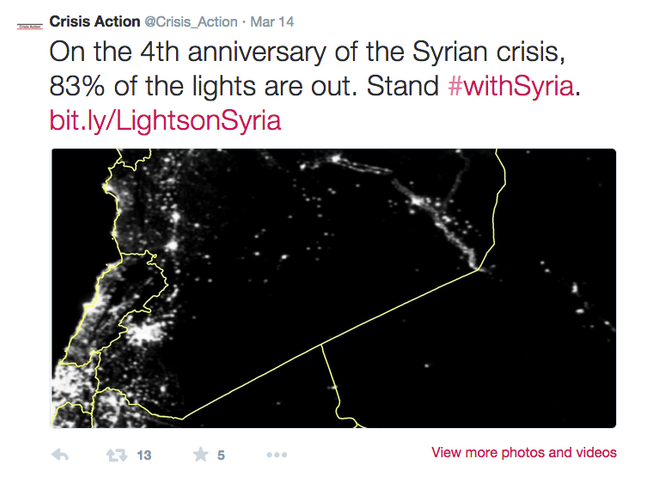 14. YOU TOO CAN MAKE A GIF! Use Quicktime to record video that’s already online or your phone to start from scratch. You can then use Imgr, MakeGIF Video Capture, or GIF Brewery to turn that video into a GIF. To keep the it under 1MB, reduce the number of colors in the GIF.

15. LEAVE A LITTLE MYSTERY If your GIF has the money shot, your audience will not click through. Use the GIF to tease what you want them to see.

16. GO WHERE YOUR AUDIENCE IS The New York Times launched an Instagram account in March because, as one of their tech reporters said, “Instagram is the new TV.” Readers and should-be readers of the Times are using Instagram to learn about the world around them visually. Where are your supporters? Go forth over there.

Ok, one more for the road…