The 4 Lessons Every Nonprofit Can Learn from Phish

I’m going to be that guy. That guy who can’t go five minutes without somehow mentioning his favorite band. You know which band I’m talking about: endlessly on tour, playing 27-minute songs and shamelessly reveling in all their crunchy granola Vermontness. Yeah, that’s right…I’m talking about Phish.

Here’s the thing about Phish: love ‘em or hate ‘em, they’ve kept people like me coming back again and again for decades. Decades of jamband music. An everlasting band like Phish has a lot to teach us about how to keep things fresh and creative.

If you’re in the nonprofit world, working with the same set of tools or data day in and day out, you may be struggling to find ways to turn the same old song into something new that will catch the ear of a reporter or a new advocate. Honestly, I could come up with 100 lessons if you gave me the chance. But let’s start with four: 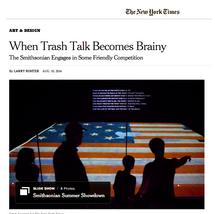 1. Creativity takes practice. You can’t just walk out on stage without a setlist and dive into long, improvised jams without knowing your instrument and fellow bandmates inside and out. When they first started, Phish developed listening exercises to increase non-verbal communication within the band and held daily practice sessions that went on for hours on end. They put in the time because in order to think outside of the box, you have to first have a box.

If you want to stretch your program, you need to know your issue, advocates, experts, and teammates inside and out. The better you understand your cause, the more unique angles you’ll be able to approach it from.

Growing creatively also means carving out time for yourself and your team to think fresh new thoughts by blocking off your schedule or establishing weekly team meetings to simply brainstorm ideas. You’d be surprised how rarely people actually stop to think about things these days.

Here at M+R, we have office brainstorms nearly every day to spark creative ideas for the campaigns we work on. Week after week, every single staff member sets aside time to try to come up with something new, something shiny, something different. And it’s not a solo activity — it’s a collaboration that grows stronger and more flexible, coming up with brand new melodies and playing fresh variations on old tunes. 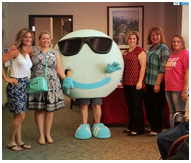 2. Be phearless. Improv is so at the core of everything that Phish does that there’s always the risk that they might bomb. But there’s also a chance that they might go somewhere they’ve never been before. That’s why people follow Phish — they are chasing that magical show that people will talk about for years. In other words, you’ve got to throw caution to the wind every now and then in order to break new ground. Don’t just laugh off a cooky email idea or pitch angle to a dream reporter; always be willing to try new things and even fail.

Last year, we worked with the McKesson Foundation on a media tour where the McKesson crew drove a van around the country with a plush mascot to raise awareness of their cancer comfort kits. Sending a big blue smiley face wearing sunglasses on a road trip is not exactly the safest bet for an awareness campaign.  But it worked — and got lots of local press hits for Giving Comfort.

3. Engage your audience in more and more ways. Phish doesn’t have, like, a fan base, man. It has a community. These guys have something special and they know it. And in many ways, that’s their biggest asset because it allows them to go big.

All of these things were possible because Phish recognizes that it has an engaged (read: rabid) fan base that allows the band to push boundaries. If you have an audience like that don’t, take it for granted; embrace it. Build a storybank of voices you can connect with local media to talk about your issue. And give your supporters plenty of actions to keep them busy — petitions to sign, tweets to retweet, rallies to rock.

Again, this is an area where Phish leads by example. Phish even uses the stops on its tour to engage its community and raise money for local nonprofits through its own Waterwheel Foundation. 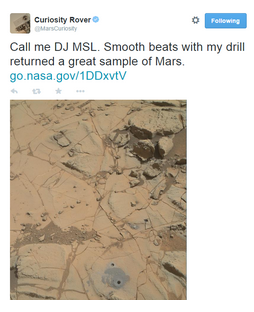 4. Be yourself. Some bands put up a wall and keep their fans at a distance, but Phish has done the exact opposite. They’ve remained the geeks that they were when they started 30 years ago. In doing so, they’ve also managed to build a relationship with their followers complete with inside jokes and dance routines. In the spirit of the Grateful Dead, they have a section just for tapers to record shows. They’ve allowed fans to essentially co-opt parts of songs for crowd participation. They’ve played the audience in chess and held costume contests for fans on Halloween. They created their own little worlds through festivals held out in the middle of nowhere so that once everyone arrives, it would just be about celebrating music. All of this is to say that simply being genuine is often undervalued and goes a long way towards building a meaningful relationship.

Here are M+R we like embracing our inner nerd and naturally gravitate toward those who like to occasionally spaceout like NASA’s Mars Curiosity Rover whose Twitter is out of this world. As if a robot cruising around Mars isn’t cool enough, this robot has a great sense of humor which keeps us coming back for more.