What to do when City Hall plans to cut your budget, or how a kinkajou grabbed the Mayor’s attention

Every year, our client, the Wildlife Conservation Society (WCS), has to fight for its city funding – but this year the stakes were especially high.

While it was a tough year for a lot of local governments and many organizations were feeling the pain, the budget proposal in front of City Hall called for an especially severe cut of more than 50% for WCS’s Bronx Zoo and New York Aquarium.

We’d worked with WCS on a highly successful campaign to beat back similar cuts the year before, but with city officials scouring the budget for more and deeper cuts this time around, it was clear that we needed to pull out all the stops if we were going to have any chance of saving this funding this year.

Getting their attention online

We started where we always do – with timely email messages to supporters making it clear that we needed their help. Our email campaign spanned nine messages over three and a half months – each introducing a new hook or feature, including: 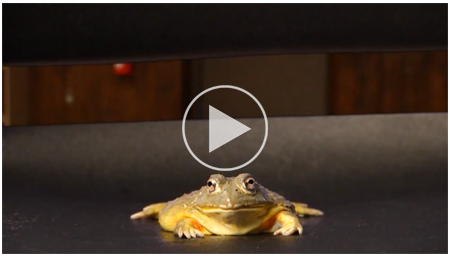 This year, WCS was also able to take advantage of a brand new Convio feature – City Council level district matching. Every letter WCS supporters sent went straight into the inboxes of their City Council Member – it’s the kind of matching we take for granted on the federal and state level, but is unheard of at the municipal level – until now.

And it worked! Lawmakers and their staff repeatedly noted that they were hearing about budget cuts from a lot of organizations, but WCS was one of the only ones making sure that every letter they got was from someone in their district.

The campaign also took the petition straight to the parks, asking visitors to text their email address to sign the petition to City Hall – a strategy that not only brought in 2,000 more petition signatures but also new subscribers, using a feature supported by Mobile Commons that automatically added respondents to WCS’ Convio instance.

We also worked with WCS to help them collect signatures from park visitors using iPads. The iPad petitions featured a wireless Convio sync – dramatically reducing the amount of time elapsed from someone signing a petition to receiving their first email from WCS. 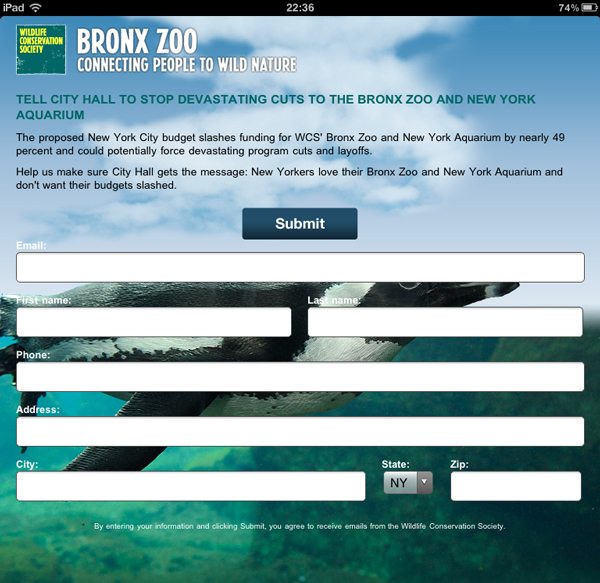 In the end the campaign generated more than 34,000 actions with over 6,000 new email supporters from the iPad petition and another 2,200 from the text messaging petition.

Best of all? City Hall got the message and restored Bronx Zoo and New York Aquarium funding!