As you know, nearly half of the people who see your posts on Facebook aren’t actually, officially, your fans (if you didn’t know that, check out our quick primer on who really sees you on Facebook). If you’re a glass-half-empty kinda person, that might sound like bad news — what if your existing followers are the best conversion prospects you’ve got?

But you and I are marketers; we are optimists. We believe that if we can put the right content in front of the right people, we can change the world.

So when we’re reaching all those new folks who aren’t our followers (yet), we want them to do something (learn, change their mind, sign a petition, sign up for emails, make a donation, etc.).

Expand our reach, and move people to respond? Only one thing for the job: a shareable.

Anatomy of a Shareable
If a shareable is a Facebook post, that means it has two pieces:

1. Image: It must boil down your issue to something simple, emotional and attention-grabbing. It needs to compel people to want to share it…without you even asking.

2. Post Copy: A lot of people forget this part when they’re developing a shareable, but they need to be developed hand-in-hand. The copy is where you actually connect your share-worthy content to your campaign call to action.

How to make your image share-worthy

A critical element of the shareable is its inherent share-worthiness (is too a word!). Just whipping up a display ad and asking people to click Share isn’t going to cut it.

Here are 4 different types of shareables, and tips on how you can make them work for you: 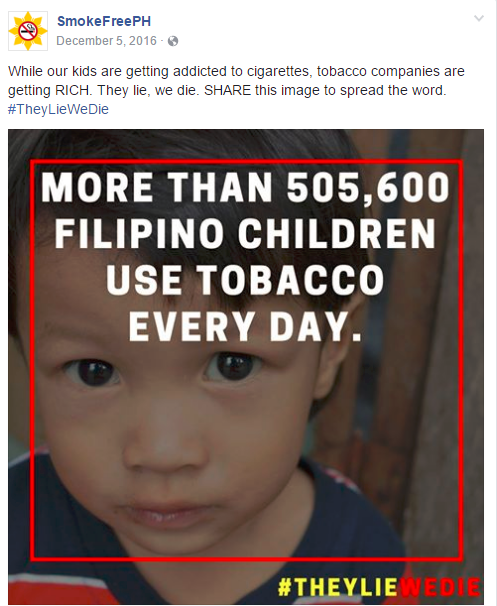 SmokeFree Philippines wanted to raise public support in the Philippines to help persuade President Duterte to sign an executive order banning smoking in public places. So they created an image of a shocking fact about tobacco use by children. Note that the call to action here was simple: share in order to spread awareness about tobacco companies’ shady tactics. We relied on supporters’ outrage to motivate them to take action…and it worked! 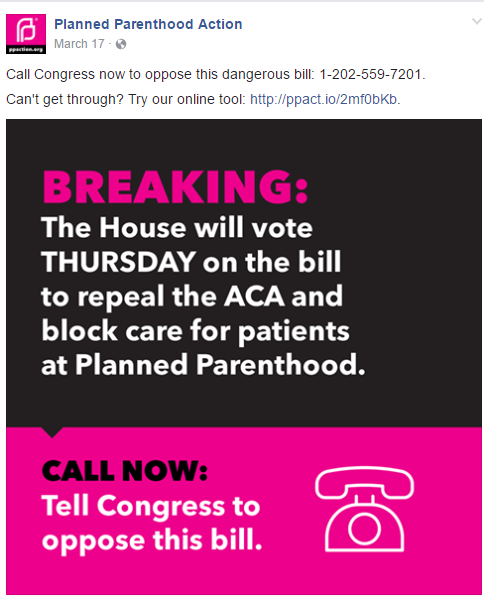 62% of U.S. adults get news on social media, according to the Pew Research Center. Planned Parenthood Action Fund knows that, so they took a simple approach to this shareable and used it to announce breaking news about the impending House vote to repeal the ACA. By directly tying the news to an action, it enticed their supporters to share this post to educate others about the news, and more importantly, what they could do about it IRL (in this case, make a call to their Congressperson). 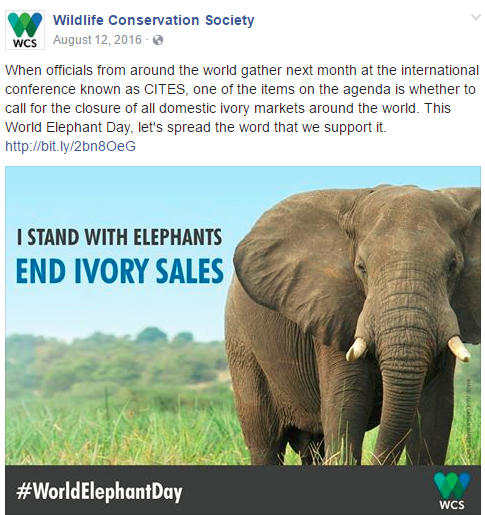 The Wildlife Conservation Society wanted people to contact an international body and encourage them to close ivory markets. So they appealed to people’s identity as wildlife lovers. When someone shares this, all their friends know that they care about elephants, and the post copy directs them to how they can actually DO something about that. 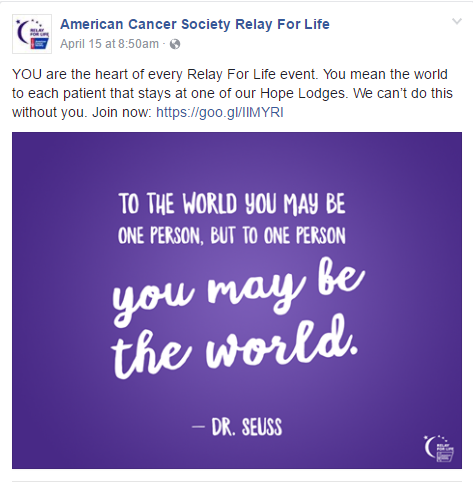 Anyone with an instagram account or an aunt on Facebook knows that quotes are queen on social media. The American Cancer Society Relay For Life often turns inspirational quotes from well-known figures into shareables that appeal to their audience’s passion for fighting cancer. And in the caption of the photo, they connect that passion to registering for a Relay For Life fundraising event. People share these types of posts because they feel inspired by the message of the quote — and by doing so, they’re also spreading the word about Relay For Life far and wide. 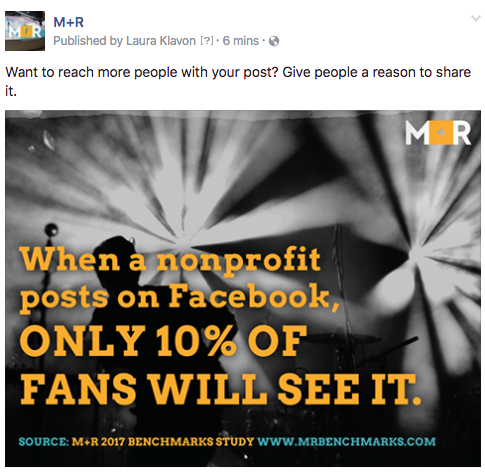 Make a particularly amazing shareable that you want to brag about? Tweet us @mrcampaigns!