Crafting a winning message to win big for working families

December 2015: A quote from our client contact at the Center on Budget & Policy Priorities (CBPP) about the landmark passage of working family tax credits on Capitol Hill:

“A massive policy victory for the 50 million low-income Americans who will benefit, and one of the most significant anti-poverty policy achievements outside of health care reform since the 1990’s in terms of scale and impact. [M+R’s] inaugural messaging guidance was reflected throughout the more than 170 media clips we secured around the country.”

January 2015: The earned income tax credits (or EITC) and child tax credits (CTC) that support millions of American families in poverty were in serious danger of elapsing. So the Center on Budget & Policy Priorities (CBPP) came to M+R to develop a winning message for their national campaign to save the program and push back with words on some of the common misperceptions of the program.

We first studied up on a wealth of existing message research — recent polls, research reports, media coverage, and in-depth interviews with campaigners at the state and federal levels. This information shone a light on how we could make the campaign’s wonky tax policy goal accessible and urgent to insider audiences.

Even though the tax credits weren’t technically going to expire for two more years, we needed to be able to make CBPP’s ask to lawmakers on the Hill feel urgent and critical alongside other political and social movements like the fight for the minimum wage that were earning a lot of news and attention that summer and fall. And, because of the power dynamics and logjam in Congress, we needed to appeal in more and different ways to conservative audiences to get the campaign over the finish line.

Our final Message Guide included a few message tracks that would reach those special votes in Congress that CBPP needed. Every argument, handout, and opinion piece pointed back to this main message: “Congress has a chance this year to save tax credits that help working families make ends meet.” 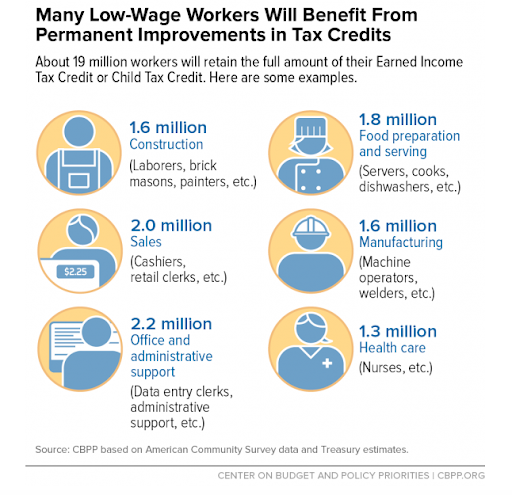 The campaign won in late 2015, when – buried in the massive omnibus legislation that Congress passed in December – CBPP helped to not only save the Earned Income Tax Credit and the Child Tax Credit improvements, but make them a permanent part of U.S. tax code. 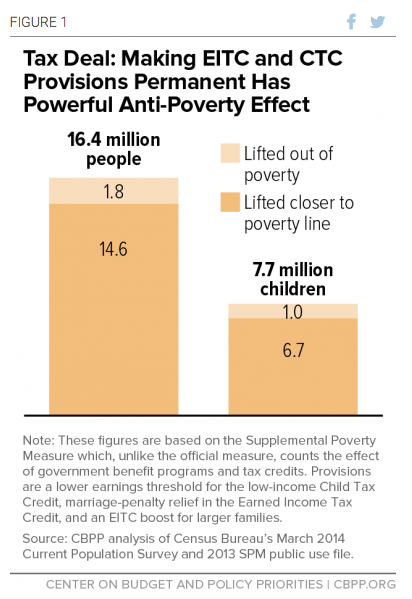